Republicans will only win this election if they cheat

Which they are in the process of doing.
hat tip to Scoobie Davis

Oh. My. God. McCain supporters must be idiots. Who is John S. McCain?

No Debate: How the Republican and Democratic Parties Secretly Control the Presidential Debates
The Obama and McCain campaigns jointly negotiated a detailed secret contract dictating the terms of all the 2008 debates. This includes who gets to participate, as well as the topics raised during the debates. 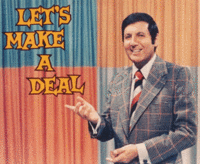